pt / en
Industrial
Logistics “is a particularly interesting segment to invest in”
Seen until now as a «static» segment, the industrial and logistic market gained a new dynamic during the pandemic and is attracting increasingly more international investors and Portugal is no exception. 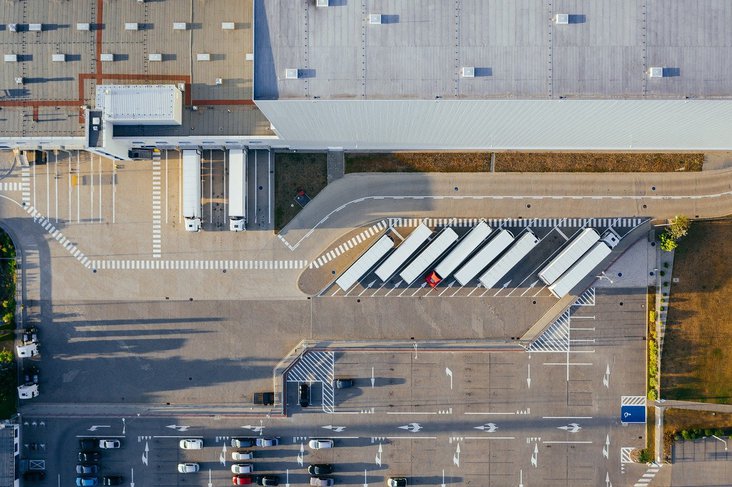 The words are from João Cristina, Head of Country at Merlin Properties, which is developing the Plataforma Logística Lisboa Norte (Lisbon North Logistic Platform), remarked that «logistics is traditionally weaker in Portugal, but the truth is that it is currently a particularly interesting segment to invest in». He compares this segment with retail and offices, which were much more impacted by the pandemic.

Sérgio Saraiva, from Baía do Tejo, is a witness of that: «this segment wasn’t very impacted, and we even had a slight increase in terms of clients. Activity did not suffer» with the pandemic. João Cristina pointed out that «this deglobalisation leads operators to rethink their distribution chains». That is why, Merlin in «looking very attentively at this logistic market ».

João Cristina was talking during the 32nd Executive Breakfast Session, organised by APPII via Zoom, dedicated to the theme «What about logistics?», the first time this segment justified a dedicated discussion in this forum, a sign of its greater attractiveness. Leonardo Peres, M7’s director in Portugal, moderated this discussion together with APPII’s vice-president, Hugo Santos Ferreira, remarking that, due to the growth of e-commerce, «logistics suffered some changes and the more traditional supply chains have been impacted by their own technological development. Ecommerce tore up the predictability logic and placed additional pressure on those chains». On the other hand, he recalled «consumers want things in their homes in a few hours and they do not accept the fact that a product is off stock. There will be a greater appetite for nearshoring», he predicted.

Laurent Jayr, Head of Development Spain & Portugal at Panattoni, which is dedicated in particular to the operation of logistic buildings, attested that «there is increasingly more appetite from investors for the Portuguese market. There are several structural criteria which make us think the country has reached a «sweet spot» for logistic investment». And he predicted an increase in Anglo-Saxon investment on logistics for lease, since «those large groups need financial resources to develop, leaving real estate development for the dedicated professionals. Thus, we will have more sale & leaseback in the coming times in Portugal and also in Spain». He alerted that «we are at a disruptive stage in terms of e-commerce, which needs three times as many cubic metres as traditional logistic».

«We now understand how hard it is to keep the supermarkets’ shelves full», pointed out Paulo Barradas, Managing Director – Investment & Origination at Norfin, adding that this is a segment which «we love» and identify as «interesting in terms of management». He considered that «Portugal’s risk perception started to converge with other markets and the logistic segment came out of this crisis on top when compared to retail. There is a way to go in terms of rents, which will be taken much quicker with this change in risk perception».

Borja Oria, Managing Partner Inv. Bank. at Arcano Partners, also highlighted that «the investor’s perception changed from risky to stable. Funds which had different focuses, now look towards logistics. It is a segment in which the quality of the asset is particularly important, as well as the quality of the tenant. Automation and new technologies also push the assets towards a greater valuation, and we thus witness a greater yield compression».

Rents will have to increase in order to support new, more qualified, offer

In this debate, Volkert Reig Schmidt, Managing Director of group Novo Banco Real Estate, shared that the bank is «relatively new in logistics», but he identified that «there are many low-quality assets and it is still difficult to make money with this segment in Portugal. It is necessary to find the right product, with good quality, when many of the existing assets are not adaptable to automation, do not have high ceilings, or do not follow urban criteria».

He believes that «with the current rents and the current construction costs, it will be very hard to get any profit. The new level of sophistication is not yet reflected on the rents and it will have to be reflected on them». On the other hand, it is still «very hard to have last-mile facilities within the cities due to urban rules, which will mean converting retail spaces. And we will need to have other rent levels, or it will not be profitable», he warned.