pt / en
Investimento
Iberian Outlook Webinar: what to expect for 2021?
The recovery perspectives for the real estate sector, expected changes in terms of activity, current risks, and investors profiles were some of the main topics discussed in this event. 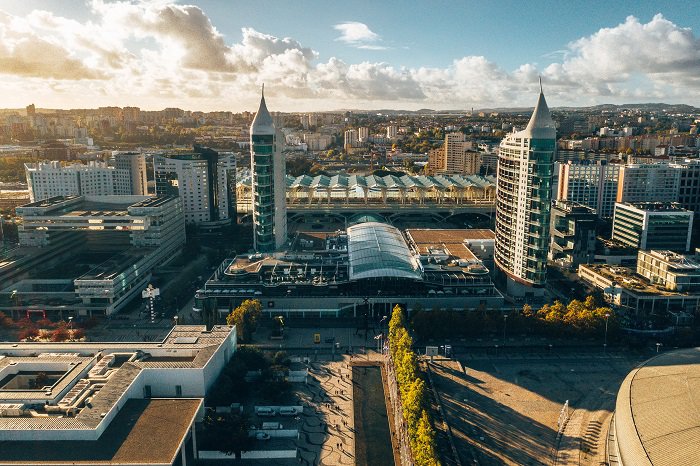 The first panel of speakers kicked-off the discussion with a brief explanation of what were the major trends expected to influence their activity in 2021.

David Brush, CIO of Merlin Properties, identified the dispersion of workforce as one of the behavioural changes to consider because for the company the “work from home phenomena” is getting less and less appealing. That said, Merlin already adapted their strategy to companies who seek hybrid systems or who wish a special configuration that grants more flexibility to the workplaces for example.

In terms of the retail activity, the main difference since the acquisition market went, on David words, «a bit crazy» is that Merlin decided to fully invest in the self-development at 7,5% - 8% yields, instead of buying it with yields values of 5%, something that of course is only possible to those who have the land bank to do that. Besides that, the full spectrum of retail is gaining relevance for Merlin as they want to be able to serve better their customers demand.

Following the particularities of each sub-sector, Pedro Coelho, Chairman of Square Asset Management, highlighted that the recovery pace is relatively dependent of the health crisis evolution, but more importantly Pedro Coelho shares that what now represent the most affected areas of the real estate sector should also be the ones who recover in a higher rhythm, as is the case of tourism that will go up from an extreme low point. Thus, in the chairman opinion this represents an opportunity for aggressive investors, mainly in assets like hotels, high-street retail in tourist areas, restaurants, and all the following that can connect with the tourism business. As interest rates hit a low point, real estate is becoming a very important class in investment portfolios.

During 2020, Square spread itself a lot and bought assets in retail, logistics, offices and assisted living areas to ensure a good investment diversification in order to protect their 25.000-unit holders, and to pursue a defensive strategy in the long term.

Concerns and risks for this year’s activity

José Manuel Lovet, Grupo Lar CEO of Commercial Real Estate Sector Iberia, admits that this is a central question that has been brought up to debate for a while, but the scenario is very sensitive and therefore hard to read. However, José Llovet highlights two main points on which we should look closely.

The first, respects to the increasing difficulties for financing what can affect the growth of the sector, in terms of the developers lacking funds to implement their projects and as well for the side of the individuals who may need loans to purchase houses for example.

The second, may appear as uncomfortable, but it is related to political decisions that particularly in Spain are generating confusion due to the existence of different policies according to different regions within the country. So, what is missing the most is clarity and support.

For Francisco Sottomayor, CEO of Norfin, political risk is also something to not undermine because as Francisco recalls this year will be marked by elections in Lisbon (in October), and as the past as shown us, in the years where elections take place the licensing process tends to be forgotten, in other words the time to get approval on licenses increases a lot and that has a negative impact. Together with this fact is also the concern regarding the recent construction costs increase which can retract investment intentions.

Adding up to this, the CEO of Norfin shares the risk inherent to the end of the support measures that are now in place for the companies in Portugal and wonders how the banks will react to that situation. Thinking specifically in the tourism sector and in everything that is closed across the country Francisco also says that since Portugal is a peripheric country the aviation sector can play an important role in mitigating the risk of failure of the activities related to the tourism activity.

Where to find investors

Rodrigo Cortés, Head of Client Development & Fundraising at Azora, reveals that in Azora investment interactions «the level of interest to invest in Portugal and Spain has been huge». Going further on this question, the feeling is that the perception of where Iberia sits in investor’s portfolio has evolved, and even though it might not yet be considered a core region to invest the truth is that there are now very few investors who don’t consider having Iberia in their portfolio as a location.

Rodrigo Cortés shows how investment is far from losing its relevance as Azora was able to raise 680 million euros in an hospitality fund in June 2020 (post covid appearance), and «we raised it from very high quality international institutions like APG who allowed to reveal their name». The Head of Fundraising in Azora gives this example to explain that these kinds of institutions are not looking for opportunistic returns, they believed in the long-term vacation hotel segment. In general, it is being observed much more transactions in the core and core-plus segment, than in the value add and opportunistic segment.

Disclaimer: A more extent recap, which will include the 2nd panel of discussion of the event, will be available soon, and will of course be a part of the next Iberian Property magazine edition.