pt / en
Investimento
“Political and economic stability is the best way to attract foreign investment”
To continue being a magnet in terms of attracting foreign investment, Portugal needs to remain politically and economically stable. This is the vision shared by Minister of State, Economy and Digital Transition Pedro Siza Vieira in an exclusive interview 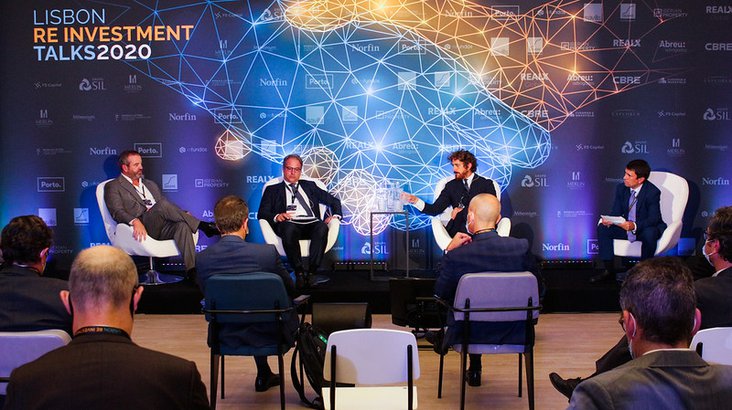 «The best way to attract foreign investment is to promote political stability and have an economic environment which facilitates growth and the best possible investment returns», stated Pedro Siza Vieira. Recognising the importance international capital represents for the development of the Portuguese real estate market, the Minister of Economy further explained that «what we have in Portugal is a demand which is very high for quality real estate, and it will continue in the future».

The country’s characteristics such as safety, «excellent health care and education», its openness and the fact that it is one of the 27 members of the European Union (EU) has contributed to reinforcing its position as an international investment destination. «During the last few years, we have witnessed the growth of economic activity as well as that of international investment and foreign talent. We have developed a technological environment which is attracting talent from all over the world», guaranteed Pedro Siza Vieira during this initiative organised by Iberian Property and Real Asset Media. It is for these reasons that Pedro Siza Vieira believes that «with political stability, I hope that we will continue to be the preference of the international investors».

It is towards the promotion of the economic stability that the Government is currently working on a «balanced» 2021 State Budget which will include «extraordinary expenses to mitigate the consequences of the pandemic», continued support for the most impacted sectors such as tourism and cultural activities with adjustments to their VAT, and also an effort to «regain our pace in terms of debt reduction as soon as the situation is normalised». On the other hand, Pedo Siza Vieira advanced that «we will use the EU funds, which will have no impact on the public debt, to stimulate the economy».

“Crises are good to build the European dream”

The acceleration of certain trends during crisis periods has become increasingly clearer. For Carlos Moedas, Administrator at the Calouste Gulbenkian Foundation, some accelerations are good, others not so much, but one thing is certain: «crises are good in terms of building the European dream because Europe only advances through crises. If there is no crisis there is no advance», he resumed.

In terms of positive advances, there is the digitalisation which up until now «had found resistance from all of us and, suddenly, we had no other choice than accept it», assumed Carlos Moedas, who further explained that becoming more digital does not mean disregarding physical meetings, but «you will taste and value them more than ever». Overcoming this wall between physical and digital was one of the tasks he developed during his last 5 years at the European Commission where he is the former EU Commissioner for Research, Innovation and Science.

Another important aspect concerns the transformation for a sustainable future, which is very close to the real estate and construction sectors, since, according to Carlos Moedas «we have more than 25 thousand billion sqm in Europe that need to adapt in terms of energy efficiency and in terms of the ways we look into the construction business», which have changed very little during the last 25 years. And he goes even further: «the whole transformation in terms of sustainability, for the construction business, is bound to happen now», due to the current pressure from people, politicians and the EU itself, which keeps issuing guidelines to achieve it. «The sustainability angle is our future. So, get ready for it», he told the real estate experts present, which together, represented more than 20 billion euro in assets under management.

But not all accelerations are well during times of crisis. The acceleration in terms of the powers of the state is one trend Carlos Moedas classifies as negative. «The state is now invading us and our privacy. Once the state gets the power it will never give it back, just like taxes», he resumed jokingly.

On the other hand, there is a set of supranational powers which are growing and which are necessary. «Crises provide a little more power to the EU. So, before the financial crisis, we had no single resolution mechanism, and after we got one; before we had no European stability mechanism, and after we got one. We have instruments that were created during the last financial crisis that gave more power to the EU. Now, I believe that after this crisis there will be more mechanisms which will give more power to the EU in terms of public health coordination. That makes good sense. There are powers which need to be on the national level, but the coordination powers should be on the supranational level», explained Carlos Moedas.

The different real estate segments reacted differently to the effects of the pandemic. The truth is that, for now, it will continue to be «very difficult to take long-term decisions» and, according to Eric Van Leuven, Head of Portugal at Cushman & Wakefield, despite 2020 already being set as the third-highest year in terms of investment, with 2.3 billion euro traded up until September, it is clear that the «market recovery is taking place at a slower pace than anticipated». According to him «the investment activity slowdown was due to the expected drop in NOI’s and tougher finance terms».

After the pandemic storm, there are scars which will remain, and Paulo Silva, Head of Country Portugal at Savills named a few. Completely rejecting the idea that offices will end, Paulo Silva assumed instead that there will be an adjustment in the market. «The trend is flexible work, a combination of work at offices and work from home. Investors will have to take into account this new reality», which will require larger offices and new uses for them. It is under this scenario that the man in charge of Savills Portugal also anticipates changes in retail, with a combination of physical and virtual spaces and the use of omnichannel strategies. But he admitted that in the long-term the segments which will suffer the most will be shopping centres, hotel owners and their operators as well as land owners.

Even as we cross the storm, it is already possible to recognise the segments which will benefit from the crisis. Francisco Horta e Costa, Managing Director Portugal at CBRE, named the several winners of this crisis, such as income-generating assets, core markets, which allow «investors to get away from risk»; regional hubs next to big cities; equity buyers, distressed real estate funds, family offices which «will invest more in RE and will have more opportunities»; land buyers, because «land prices will be adjusted to a scenario where it will be difficult to get credits and financing for development»; warehouses and logistics, because «for every 1 billion euro of e-commerce we need 100 thousand sqm of logistic space, so we will need a lot more logistic units in the coming years»; supermarkets; retail parks; healthcare; data centres; agricultural; and residential especially the built for rent market.

In terms of housing investment, one of the highlights this Tuesday afternoon, the experts in attendance revealed that opportunities dictate when and where to invest, showing openness to invest in cities other than Lisbon and Porto and in other segments besides prime.

Albatross Capital’s Managing Director, Cristóbal de Castro assumed that the company’s goal is to cover the whole housing segment. The company, which formed a joint-venture with Quântico, currently has 14 developments in Portugal, 11 in Lisbon and 3 in Porto, and assumed it will invest again when it finds «best risk returns opportunities» in the country. «We are open to different strategies. We try to make projects in the best locations, but adjust those projects to the opportunities the market presents us», explained Cristóbal de Castro who further revealed that he intends to not only invest in the luxury segment, but also in housing for the middle class.

A similar vision was shared by VIC Properties’ COO Luís Gamboa. «We don’t just look towards big projects like the Prata Riverside Village, we also look into smaller projects with 5, 10 and 20 thousand sqm. It is all a matter of opportunity», he stated. The company has its sights on other locations to invest in Portugal, besides Lisbon: «we want to see other municipalities like Porto, around Porto, Algarve and others».  Concerning the segment, he assumed that VIC Properties «does not have a specific segment» and revealed that it is within the «middle-class segment that demand is concentrated and, as such, we are taking into consideration that market, to grow».

On the other hand, Fernando Vasco Costa, Managing Director at Nexity Portugal, revealed that the French company is analysing other investment options in terms of the Portuguese housing market, such as build-to-rent. This model «works very well in France, where we sell 50% and rent 50%. In Lisbon, we are studying that possibility» taking into account risk measures and incentives.