pt / en
Investment
Yields’ adjustments already felt in Europe
While the prime office market continues to enjoy some stability in Europe, the retail and logistics yields are already reflecting the effects of the pandemic. Portugal and Spain are in line with the rest of Europe. 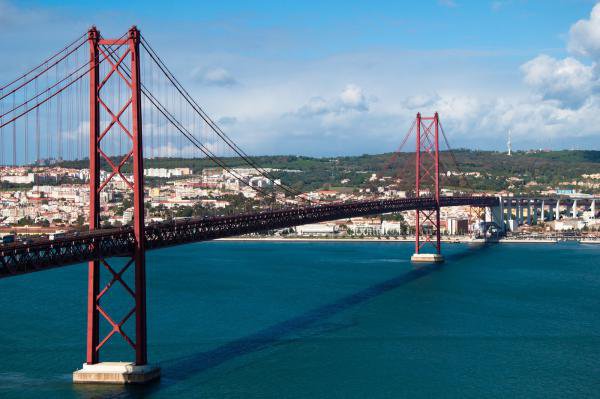 The pandemic changed the European real estate scenario, starting by paralysing businesses and, later, changing strategies. European commercial and housing real estate investment felt those effects: the numbers at the end of the year pointed towards around 250 billion euro invested, compared to the 300 billion euro in 2019. Another change generated by the pandemic were «the investors’ strategies concerning the different segments», remarked Savills in its latest report on investment in Europe.

The changes were also reflected on the share each segment represented for the whole yearly investment, pointed out the consultant. On the one hand, offices saw their share drop to 34% (-6% than last year) and, on the other hand, retail increased to 15% (+2%), multifamily also increased to 17% (+5%) and logistics to 13% (+1%). Following these results, there were adjustments to average yields in Europe, mainly for retail and logistics.

In general, CDB prime office yields remained stable between the first and third quarters of 2020. For the whole of Europe, this indicator stabilised at 3.6%, decreasing only 1bps.

According to Savills’ data, Portugal and Spain also enjoyed this stability, since the yields for this segment remained at 4% in Lisbon, 3.25% in Madrid and 3.75% in Barcelona.

Despite the segment’s current stability in Portugal, Paulo Silva, Head of Country at Savills Portugal, alerted that «during the worst of the 2nd pandemic, we may witness, in the coming months, a greater pressure to adjust prices and yield expectancy in certain segments, such as offices and retail, which will certainly be adjusted when we overcome the current setbacks».

This can be explained by, on the one hand, «a divergence in yield movement between core and non-core markets» and on the other hand, «investors are demonstrating additional caution due to the heightened financing, occupational and liquidity risks across non-core locations».

The consultant further revealed on its report that «the European logistic segment keeps shining in times of adversity when the average prime yields decreased 7 p.b. to 4.84% during the last semester».

Whereas Spain underwent one of the largest compressions in Europe – with the prime logistic yield going for 4.55% during 2020’s first quarter to 4.85% during the last –, in Portugal this indicator remained unchanged at 6.25%.

Concerning these logistic yields’ behaviour, Savills wrote that the «banks’ willingness to lend to prime logistics schemes is continuing to support values, and structural changes supported by rising e-commerce penetration during Europe’s second wave of coronavirus is supporting capital value growth. Buyers also favour the demographic argument with further urbanisation forecast across Europe’s key cities over the next 10 years and rising online sales», it added.

The negative effects of the pandemic were particularly felt within the retail segment, which as a result had its yields increasing. The data from Savills showed that shopping centres were even more affected than high street retail. Whereas shopping centres saw their average yields expand 27 bps and reaching 5.25%, high street retail saw this indicator increase 15bps to 3.48%.

Unlike what happened in other segments, the two retail segments analysed showed no exceptions, which means that within the analysed cities there were only yield increases or stabilisations, with not a single case of compression.